While the final budget bill addressed long-standing needs to strengthen the state’s fiscal position, the bill did little for Kansas children and families working hard to balance the rising costs of food and housing with stagnant wages. Hopefully, the improved fiscal management will prove to be a worthwhile tradeoff if future savings are diverted to support urgent needs. In the coming years, lawmakers must improve access to affordable child care, health care for hundreds of thousands of uninsured Kansas residents, and food assistance. These supports help families thrive, as well as help create a foundation for a healthy, productive state workforce. 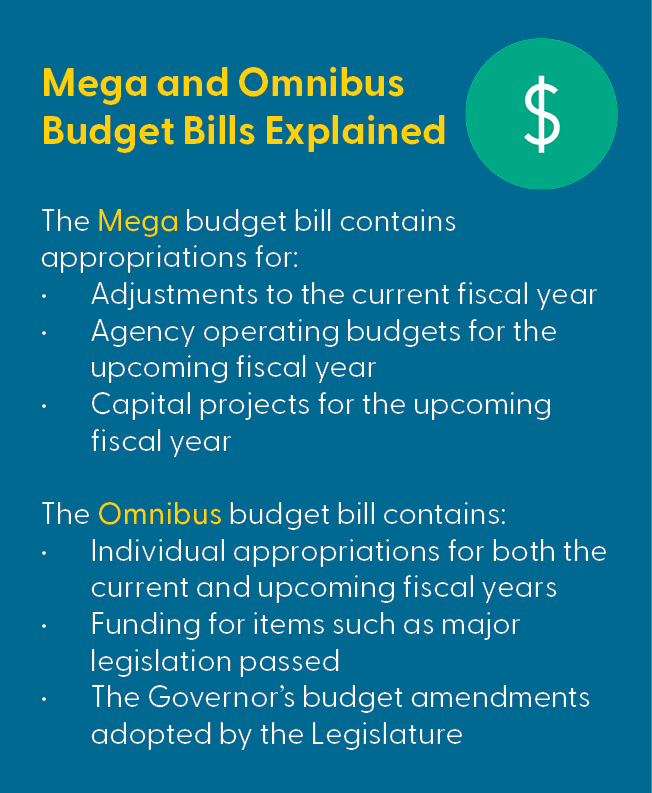 The Omnibus budget bill (HB 2510) was signed into law by the Governor on May 16, 2022. This was one bill in a series of state budget legislation, which also included the Mega budget (for fiscal year 2023) approved in early April and the K-12 Education funding bill.

Here’s some of what was (and wasn’t) included.

No provisions were included in this budget bill to address the state’s child care crisis. However, a separate bill (HB 2237) expanded an existing $3.0 million a year tax credit to make eligible all Kansas businesses that provide child care for employees or help employees pay for other child care. Previously, this credit was only available to large corporations and financial institutions, but small businesses can now support their employees with this critical need.

Overall, the budget is successful in fixing structural funding issues that had been kicked down the road for years and in using one-time surplus funds to make big investments, which will save the state hundreds of millions in the future. Aside from a big tax package passed to court an anonymous business to the state and a bill passed in the eleventh hour providing tax refunds to businesses that endured a government-ordered shut down during the COVID-19 pandemic, the Legislature mostly resisted the urge to give away the surplus to corporations and special interests.

A sure relief for all Kansans, HB 2106 begins the gradual decrease of the state-level sales tax on food. While the initial effective date of January 1, 2023, is later than ideal, it is promising to see a pathway to complete elimination by 2025.

Of the $2.8 billion surplus expected at the end of this fiscal year, lawmakers have appropriated more than $1.4 billion for debt payments since the April CRE budget profile was released, including the payments to KPERS. Estimates say this will save the state close to half a billion dollars within the next five years. With the three quarters of a billion put into the state’s rainy day fund, the Legislature has shored up the state coffers in preparation for potential economic upset. Prior to the COVID-19 pandemic, Kansas was one of a few states to have an empty rainy day fund and at great risk of economic disaster. While the budget does not provide immediate relief nor an immediate tangible benefit of the budget surplus for Kansas residents, there is some peace of mind in knowing that the state is not on the precipice of financial ruin as it has been in the past.