Victories to celebrate amidst turmoil 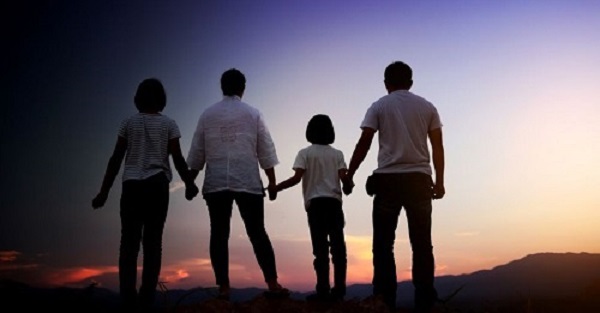 KAC stands with those demanding justice

Earlier this month, KAC issued the following statement on our website, through our social media channels, and as a press release. We believe that it’s important to include here, too.

Kansas Action for Children joins all of those across Kansas and the nation voicing outrage over the death of George Floyd at the hands of Minneapolis police. Every single Black family and Black child in our state matters. Too often, legacies of racism built into our society actively harm people of color. Lawmakers have enacted policies that worsen inequities and create barriers to opportunity. We must do better for our state and our nation – and we must do it now.

We are here to listen to our communities of color, to walk along with you and see your struggles, and to amplify your voices. Together, we must confront and eradicate systemic racism. We must tear down the barriers that oppress families and harm their children for a lifetime. We will do this through advocacy, engagement, and collaboration with community partners across Kansas.

When they return to Topeka early next year, state legislators will have an opportunity to make meaningful change. There are 165 lawmakers in the statehouse, and every minute they spend there is a minute they could spend advancing equity through policy. They’re among the few people who could take quick action to reduce the disparities we see in health, education, and financial well-being as a result of systemic racism.

The 2020 national release of the KIDS COUNT Data Book, from the Annie E. Casey Foundation, shows Kansas ranks 19th among all states in child well-being. While this data is important and wide-ranging, it doesn’t reflect current conditions amidst the COVID-19 crisis.

We should be reflecting on the current situation and how Kansas ranks 19th among the states based on 2018 research. Where might we be now? How can we make improvements for every single Kansas child going forward?

Read more about this year’s KIDS COUNT release in this blog post.

In the 2020 legislative session, Kansas Action for Children saw important accomplishments and positive signs, but the arrival of COVID-19 meant an early halt to proceedings. Advocates began to make positive change, but an out-of-session Legislature was unable to build on that work.

You can read all about it in our 2020 session roundup, available here.

When lawmakers returned for shortened meetings to round out their year, the majority overlooked the clear and present needs of Kansans – for Medicaid expansion, for high-quality child care, and for making family support programs more accessible. It was disappointing and frustrating.

Kansans will survive. The state of Kansas will endure. But the needs of our children and families may well increase, which is what makes Kansas Action for Children’s advocacy even more important. We are more determined than ever to make our state the best place to raise and be a child.

Research shows our current economic crisis could be particularly difficult for children.

Unemployment is at record highs, and this could lead to a larger increase in poverty rates for children and working-age adults. In addition, most children living in poverty or near poverty are not enrolled in vital economic support programs. This was already an issue for Kansans, and given current conditions, the number of children in need of  cash assistance has most likely increased.

Programs such as SNAP and TANF are vital for children living in poverty, and increasing access to these programs will give kids critical benefits during these tough times.

KAC outlines the issues in our recent blog entry to help you understand the importance of these work and family support programs, especially during these challenging times.