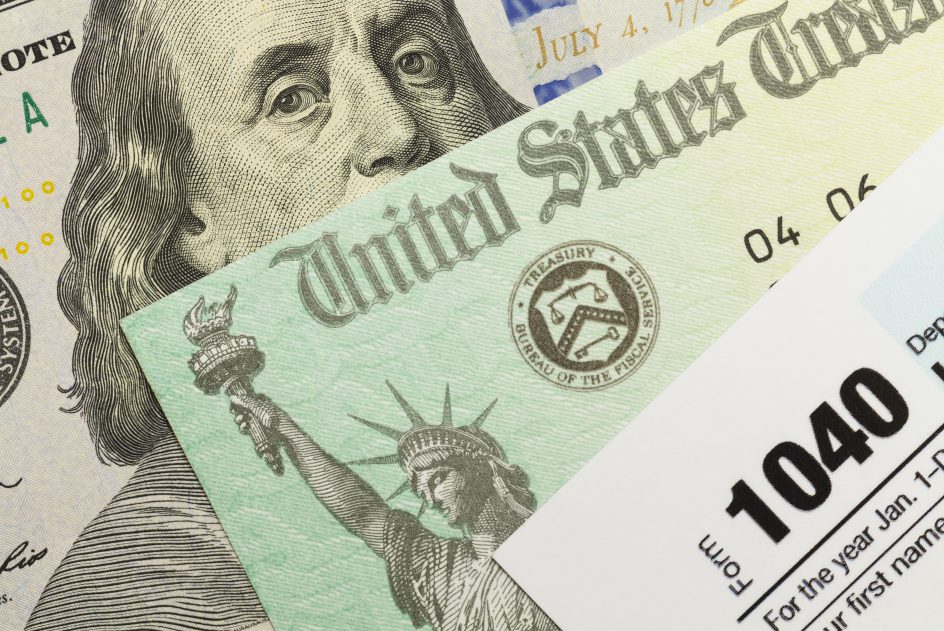 Kansans believe in fairness. However, a recent study by the Institute on Taxation and Economic Policy (ITEP) and the Kansas Center for Economic Growth finds that the lowest-income Kansans are contributing a higher share of their income to fund our priorities. Without an equitable tax structure, we will struggle to make necessary investments in great schools, affordable health care, solid infrastructure, and thriving communities.

As the new report shows, Kansas improved its tax system in 2017 when it passed comprehensive tax reform to end the failed Brownback tax experiment, a plan to eliminate state income tax which led to a dramatic cut in revenue. Because of these changes to the tax code, Kansas is now on the path to recovery: Revenue is estimated to be increasing and the equity of the state’s taxes are improving.  According to the new ITEP report, Kansas ranks 23rd on the Inequality Index, meaning 22 states have more regressive tax systems. However, were it not for the 2017 tax policy changes, Kansas would have ranked 13th in tax inequality instead of 23rd.

However, there is more Kansans can do to strengthen our tax system. We must continue to make our tax system more equitable, ensuring the richest Kansans are paying their fair share. Our state’s lowest-earners, who are more likely to be Kansans of color, should not have to pay more than their fair share for public goods that benefit everyone. 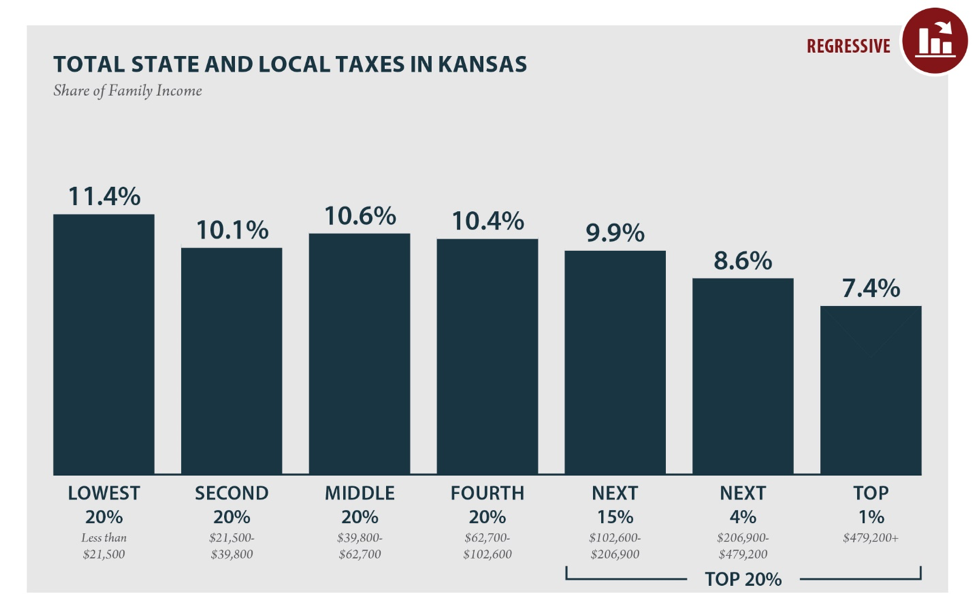 The regressive nature of tax policy in Kansas – that lower-wage taxpayers face the greatest tax responsibility – disproportionately affects people of color. Kansas’ tax system is regarded as regressive because the lower one’s income, the higher one’s effective tax rate. This is in part because Kansas, like most other states, relies more heavily on sales and excise taxes to raise revenue and less on personal income taxes, which tend to be more progressive (meaning the higher one’s income, the higher one’s effective personal income tax rate).

Historical racism, coupled with structural barriers to opportunity, mean Kansans of color often have less economic stability. Because of policies that have excluded them from economic opportunity, these Kansans face additional obstacles, including being more likely to live in communities where schools are ill-equipped to prepare students for college and where the cost of child care far outstrips typical wages. The 2018 edition of our Health and Prosperity Index report will delve into ways to strengthen communities of color. 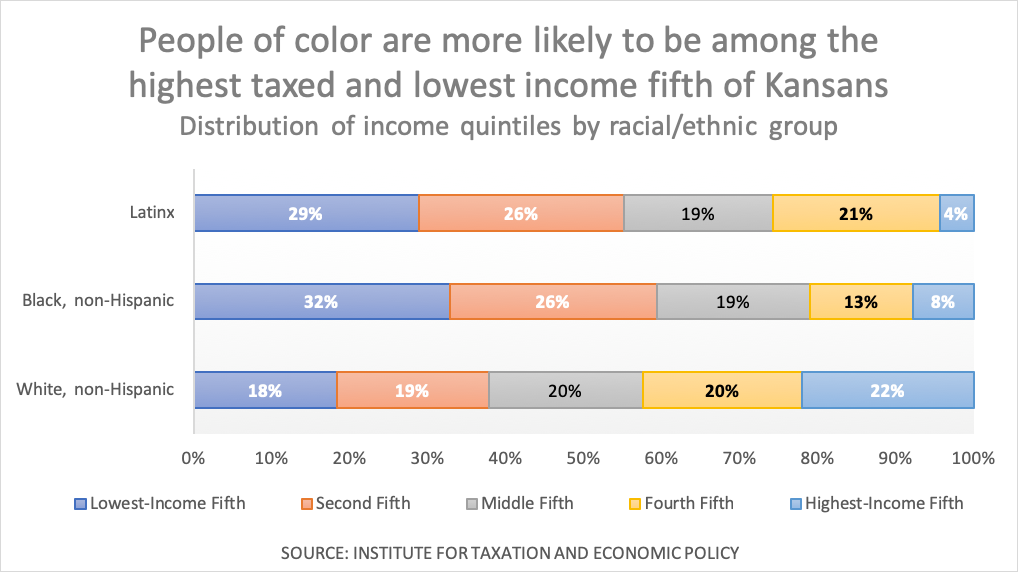 As the above graph and table show, there is an underrepresentation of Black and Latinx taxpayers in top income groups. White Kansans are five times more likely than Latinx Kansans and over twice as likely as Black Kansans to be in the richest fifth of taxpayers. Conversely, Black and Latinx Kansans are 50 percent more likely to be in the lowest-income group.

White Kansans have a relatively equal distribution across income groups, meaning they have roughly the distribution expected, with approximately 20 percent of white Kansans in each of the five income quintiles.

For more information, check out the full paper.