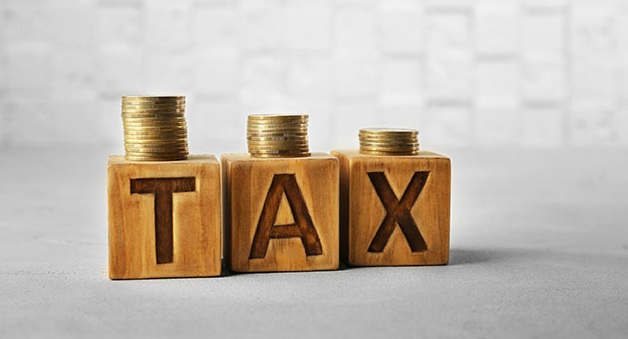 In the midst of a global pandemic and recession, the Kansas Legislature shockingly continues to consider bills that will further lower the already low tax responsibilities of corporations and high-income Kansans. Lawmakers should reject legislation like Senate Bill 22 and instead work to enhance economic and racial equity through Kansas’s tax code. Our state’s leaders can fix our upside-down tax code by strengthening and reinstating tax credits for workers, renters, and families with children, while ensuring fairness.

Currently, too much wealth is in too few hands, creating ever-growing obstacles to opportunity for Kansas families. Historic and current injustices, both in public policy and society, have resulted in vast disparities in income across race and ethnicity in Kansas. For example, due to historical barriers such as redlining, families of color are less likely to have accumulated wealth through assets such as real estate. Unfortunately, the state’s tax system is doing far less than it could to address these stark inequities.

While it would be unrealistic to expect state and local taxes to remedy all income disparities across race and ethnicity, Kansas’s tax system fails to make even a meaningful dent and, in some cases, exacerbates the problem. The effects of Kansas’s tax system on racial income inequality make it more difficult for people of color to make ends meet in the short-term and to build wealth for the long-run.

Upper-income households, who are disproportionately white, pay lower tax rates than families of more modest means. The top 20 percent of filers, each collecting more than $102,600 of income per year:

Among these top filers, nine in 10 dollars of income flow to white households. White taxpayers collecting more than $102,600 of income:

Because upper-income families contribute a smaller share of tax dollars than the share of income they receive, families of more modest means must contribute more. Families of all races and ethnicities making less than $102,600: 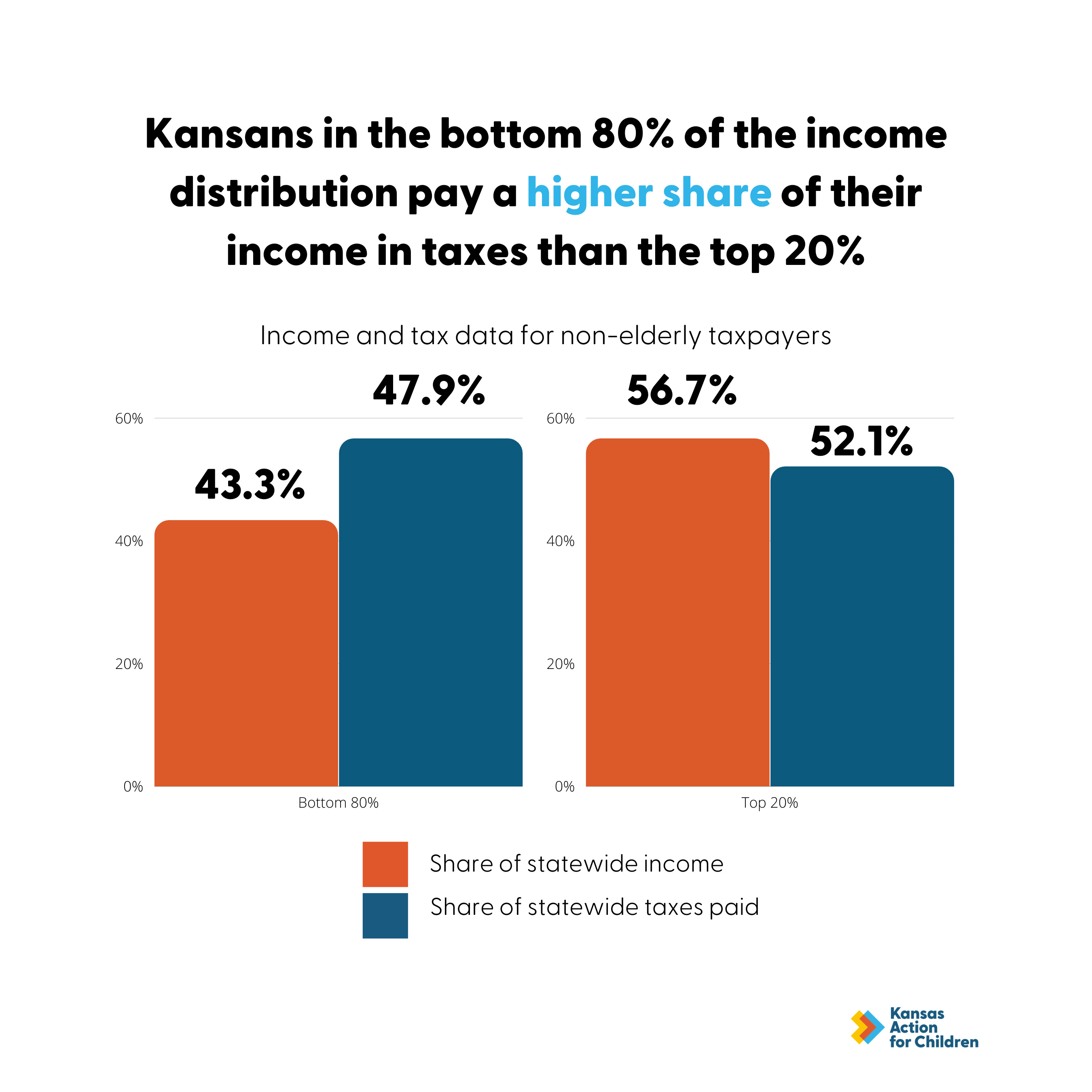 This imbalance in Kansas’s tax code lowers the income of a diverse group of low- and middle-income families while lifting the incomes of the state’s more affluent, and largely white, top tax filers.

It’s time to use our tax dollars to support those who need it most, not to line the pockets of the richest few. To achieve balance in our upside-down tax code, state leaders can start by strengthening tax credits for low-income Kansans and making the wealthy pay their fair share.

Kansas lawmakers can begin to address inequity and barriers to opportunity for lower-income families in our state by fixing the tax code. Currently, the Kansas individual income tax rate structure has a resident making a million dollars a year paying the same marginal tax rate as a Kansan making $30,000 a year (5.7 percent). The creation of an additional tax bracket would modestly increase the tax rate for Kansas’ highest-income filers, who have suffered the least economic harm during the current crisis. Depending on how the tax bracket and tax rate is determined, the state could raise hundreds of millions of dollars from such changes. This revenue could protect essential state programs and accelerate economic recovery.

To improve the lives of working Kansans, policymakers can reinstate these credits, restore refundability of the food sales tax credit, and ensure they are targeting the Kansans who would benefit the most.

Our current tax code didn’t happen by chance. Policies, like the current tax rates and corporate tax incentives, were created by lawmakers to benefit the wealthy and corporations. Those choices were made at the expense of working Kansans. The tax inequity created by these policies is a barrier to success for our state’s families. Luckily, there are effective ways address this inequity, including implementing and strengthening tax credits for Kansans with lower incomes and ensuring our tax code is fair.

Knowing what we know now, Kansas can make new and different choices. We can ensure opportunity for everyone.