Amid Political Distractions and Culture Wars, Some Good News for Kansas Kids 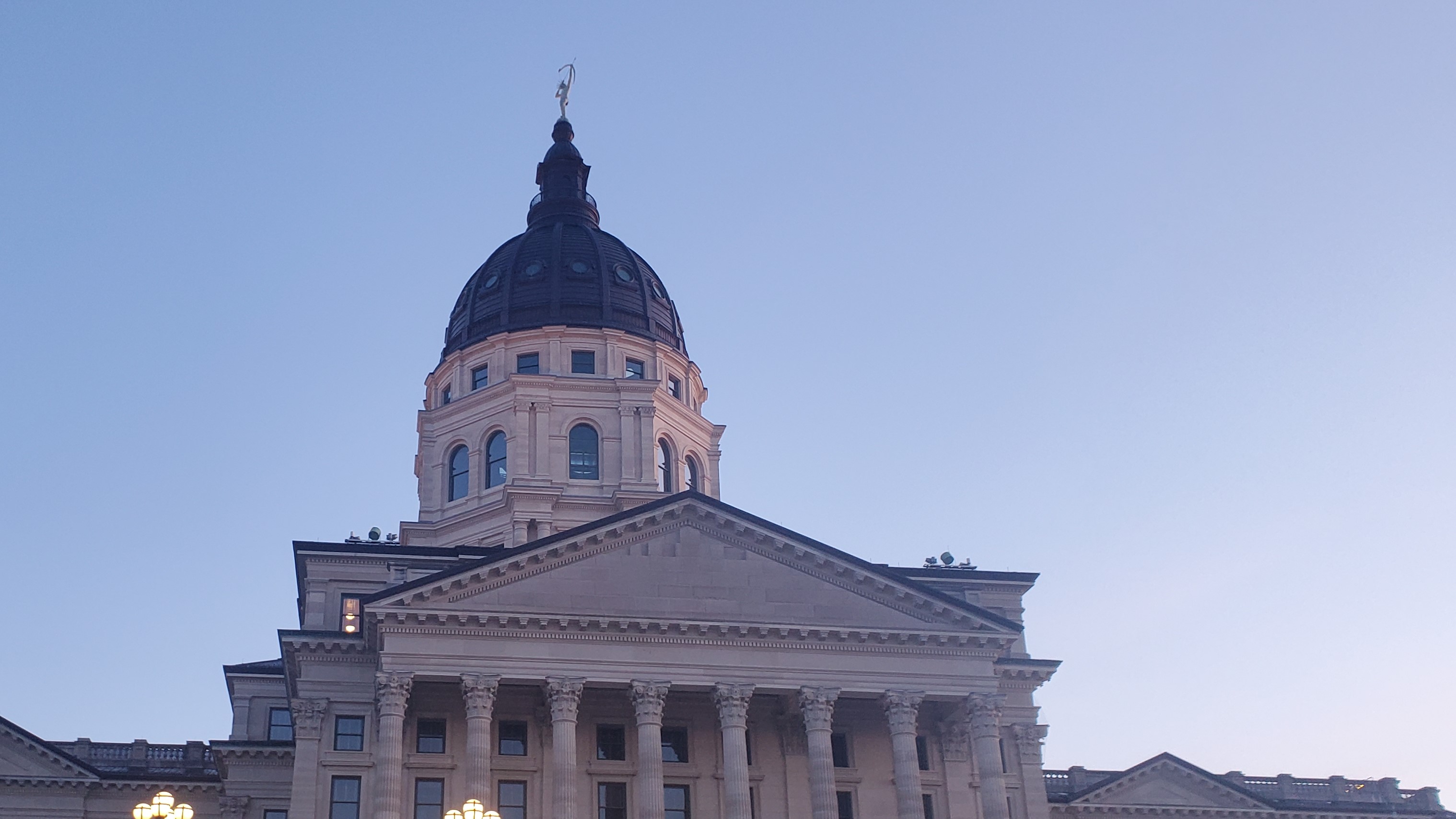 With an estimated $2.8 billion surplus in the hands of lawmakers, the 2022 legislative session presented a solid opportunity to prioritize the issues that Kansas families are facing. However, despite the obvious need to address adverse health outcomes, economic security for families, and the child care crisis in our state, the Legislature instead focused their attention on high-profile, politically divisive issues to prop up their messaging for the upcoming August primaries and November elections.

The lack of urgency was disappointing, and KAC and partners had to work even harder to elevate the needs of Kansans by meeting with lawmakers, presenting testimony, and informing sound policy. Thankfully, enough legislators stood with Kansas kids and families to pass several good policies and prevent a number of harmful bills from becoming law.

We are proud of the work we’ve achieved this year and we’re grateful to those who stood with us. But the challenges will continue in the coming years as lawmakers are sure to revive damaging policies that advocates have defended against. There is much more the Legislature must do to ensure every kid can grow up healthy and thrive, and KAC won’t stop until every child has that opportunity.

It wasn’t many years ago that Kansas schools were in a perpetual state of uncertainty and financial stress, leading to years of contentious litigation and a slew of orders from the Kansas Supreme Court. Currently, the state is phasing in additional funding for public schools each year to comply with the most recent ruling, and the Legislature maintained that course for the upcoming year. As a result, Kansas schools will receive constitutionally adequate funding for the fourth year in a row, including funding for school-based early childhood care and education.

With support from constituents across the state, lawmakers sustained the Governor’s veto of the so-called “Parents’ Bill of Rights.” The bill would have limited students’ learning opportunities by threatening childhood immunization policies, banning books, and diverting teacher time and attention away from teaching by requiring schools to catalog and post all materials in an online database. Similar bills are popping up in other states so it’s unlikely that the issue is gone for good, but supporters of public education can be comforted that it won’t be diverting precious resources from Kansas classrooms this next school year.

Governor Kelly and lawmakers made changes to the employer child care tax credit for small businesses. Now, all Kansas businesses can apply for a tax credit to help their employees find or pay for child care. While it was frustrating that such a simple and familiar policy fix took so long to pass, the bill ultimately received nearly unanimous support in both the House and Senate. This bill begins to correct an inequity in the tax code and levels the playing field so small businesses can attract and retain employees, parents can cover the costs of child care, and children can remain in stable, nurturing environments.

We are celebrating the progress made on maternal and child health this session, especially in the budget. It included funding to extend KanCare coverage for new mothers from 60 days to 12 months after birth. We started session eager to promote this policy and now celebrate its passage as it’s a positive advancement for around 9,000 mothers and their babies.

The budget also included a temporary one-year fix to address a recently identified 14 years-and-counting error in statute regarding eligibility thresholds for the Children’s Health Insurance Program (CHIP). We worked hard to push for a permanent fix, but the bill stalled and failed to receive a vote in the Senate. Rather than simply waiting to address this error next year, we urged Representatives to add a budget proviso to temporarily fix this error for a year so more kids could be covered. Next session, we will work with lawmakers to permanently correct this error.

For the third year in a row, the budget included funding to temporarily increase the budget cap for the newborn screening program so it can meet new testing and program needs. However, this budget cap must be permanently increased in statute It’s another issue we’ll work to permanently fix next year.

Finally, several bills included language weakening current school- and child care-attendance immunization policy. Kansas ended the legislative session without a single change to childhood immunization policy (or damaging changes to public health practices) becoming law. We are relieved that these destructive policies did not pass in 2022, but much work remains to continue protecting current policy, as we anticipate ongoing challenges in the coming years.

After months of anticipation, lawmakers finally passed a cut to the state sales tax on groceries, eventually bringing the rate to 0% on January 1, 2025. While we are disappointed the initial reduction does not begin sooner, especially given rising inflation on groceries and stagnant wages, we are thankful the Legislature addressed the high food sales tax rate before they adjourned. Kansans can expect their grocery bills to begin decreasing January 1, 2023.

Another victory this session was secured when SCR 1620 failed to receive enough votes to add a constitutional amendment to the August ballot. This resolution would have been harmful to Kansas in the long term by locking us into our current unfair tax system by requiring two-thirds of both legislative chambers to vote in favor of any tax increases or new taxes, but NOT for tax cuts. This is a win for Kansans, as our government must be able to respond to fiscal crises and not have to balance the budget by cutting vital programs as it has had to do before.

Structural funding issues were addressed in the state budget by investing one-time surplus funds in big items, which will save the state hundreds of millions in the future. Of the estimated $2.8 billion surplus Kansas had at the beginning of session, lawmakers have appropriated more than $1.4 billion of that for debt payments, including $1.1 billion to KPERS. Estimates say this will save the state close to $500 million within the next five years.

And with $750 million transferred to the state’s rainy day fund, lawmakers have shored up the state coffers in preparation for potential economic upset. While these choices do not provide immediate relief nor an immediate tangible benefit for Kansans, this progress ensures the state is not on the precipice of financial ruin as it has been in the past.

We saw several small and significant wins while working to protect and strengthen economic supports for Kansas children and families. We worked with lawmakers on HB 2525, which would have removed the child support cooperation requirement from the Kansas food and child care assistance programs, making it easier for parents pursuing education and training to access child care assistance. With 30 pieces of supportive testimony and only one opponent, it passed out of the committee unanimously. Although the bill was voted down in the House, the bill’s bipartisan support and debate by the full chamber signal an opportunity to educate lawmakers about the critical changes needed to remove harmful barriers that were established by the HOPE Act.

We fought against proposed barriers for Kansans accessing KanCare, as well as child care and food assistance. The original bill would have cost millions of dollars for state agencies to implement these severe restrictions. KAC and our partners quickly spread the word about how harmful this provision-packed bill would be for Kansans, and the legislation had more than 30 opponents at its hearing.

The committee eventually pared down the bill and put its contents into Senate Sub. for HB 2448. The final legislation (which will become law July 1, 2022, because the Legislature overrode the Governor’s veto) requires all able-bodied adults without dependents aged 18-49 who are not working at least 30 hours per week to enroll in an employment and training program to be eligible for food assistance. KAC opposes adding barriers for Kansans to receive food assistance, but we are proud of the work we did alongside our partners to remove many of the bill’s harmful provisions.

WHERE DO WE GO NEXT?

While the 2022 session has come to a close, the work does not stop here.

Several policies passed this year will begin to relieve the stress many Kansas families are facing from inflated prices on groceries and housing while living on stagnant wages. But much more needs to be done to ensure all kids have access to affordable, high-quality child care, coverage in adequate health insurance, and always know where their next meal comes from. Anything less actively hinders the growth and success of the next generation of Kansans.

The Legislature must expand KanCare so families don’t fall into the coverage gap, invest in child care so it is more affordable for parents, and expand access to crucial programs that temporarily support families in crisis so they can regain strong financial footing.

We know the solutions are available, and it’s up to lawmakers to prioritize kids and families when they reconvene in January 2023. Our team, along with our network of partners and supporters, will be ready to continue to advocate for progress in this state.