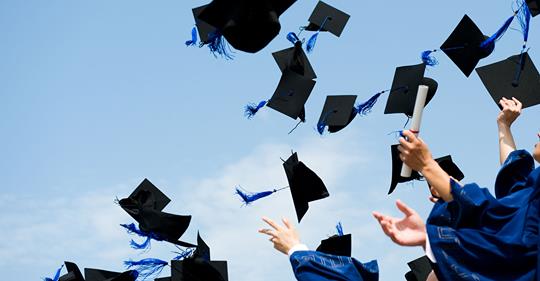 Kansas’s inadequate public investment in higher education over the last decade has contributed to rising tuition prices, often leaving students with little choice but to take on more debt or give up on their dreams of going to college. The problem is especially serious for Black, Latinx, and low-income students.

Kansas is one of 45 states that spent less per student in the 2018 school year than in 2008 – even as the economy and state budgets have returned to pre-recession levels, according to Unkept Promises: State Cuts to Higher Education Threaten Access and Equity, a new report from the Center on Budget and Policy Priorities (CBPP).

“Pushing the cost of a college education onto students and their families will not make our state stronger,” said Emily Fetsch, director of policy and research for Kansas Action for Children. “Only by adequately investing in higher education will we be able to create a Kansas in which everyone has the opportunity to succeed.”

Americans’ slow income growth has worsened the situation. While the average tuition bill increased by 36 percent between 2008 and 2018, median incomes grew by just over 2 percent. Nationally, the average tuition at a four-year public college accounted for 16.5 percent of median household income in 2017, up from 14 percent in 2008.

In Kansas, a college education is even less affordable for Black and Latinx families. In 2017, the average tuition and fees at a public four-year university accounted for:

“The rising cost of college risks blocking one of America’s most important paths to economic mobility. And while these costs hinder progress for everyone, Black, Latinx, and low-income students continue to face the most significant barriers to opportunity,” said Michael Mitchell, senior policy analyst at CBPP and lead author of the report.

Federal and state financial aid has failed to bridge the gap created by rising tuition and relatively stagnant incomes. As a result, the share of students graduating with debt has risen. Between the 2008 and 2015 school years, the share of students graduating with debt from a public four-year institution rose from 55 percent to 59 percent nationally. The average amount of debt also increased during this period. On average, bachelor’s degree recipients at four-year public schools saw their debt grow by 26 percent (from $21,226 to $27,000). By contrast, the average amount of debt rose by only about one percent in the six years prior to the recession.

A large and growing share of future jobs will require college-educated workers. Sufficient public investment in higher education would help Kansas develop the skilled and diverse workforce it needs to match the jobs of the future.

“To succeed in tomorrow’s economy, states must strengthen their future workforce by investing today in higher education,” Mitchell said.