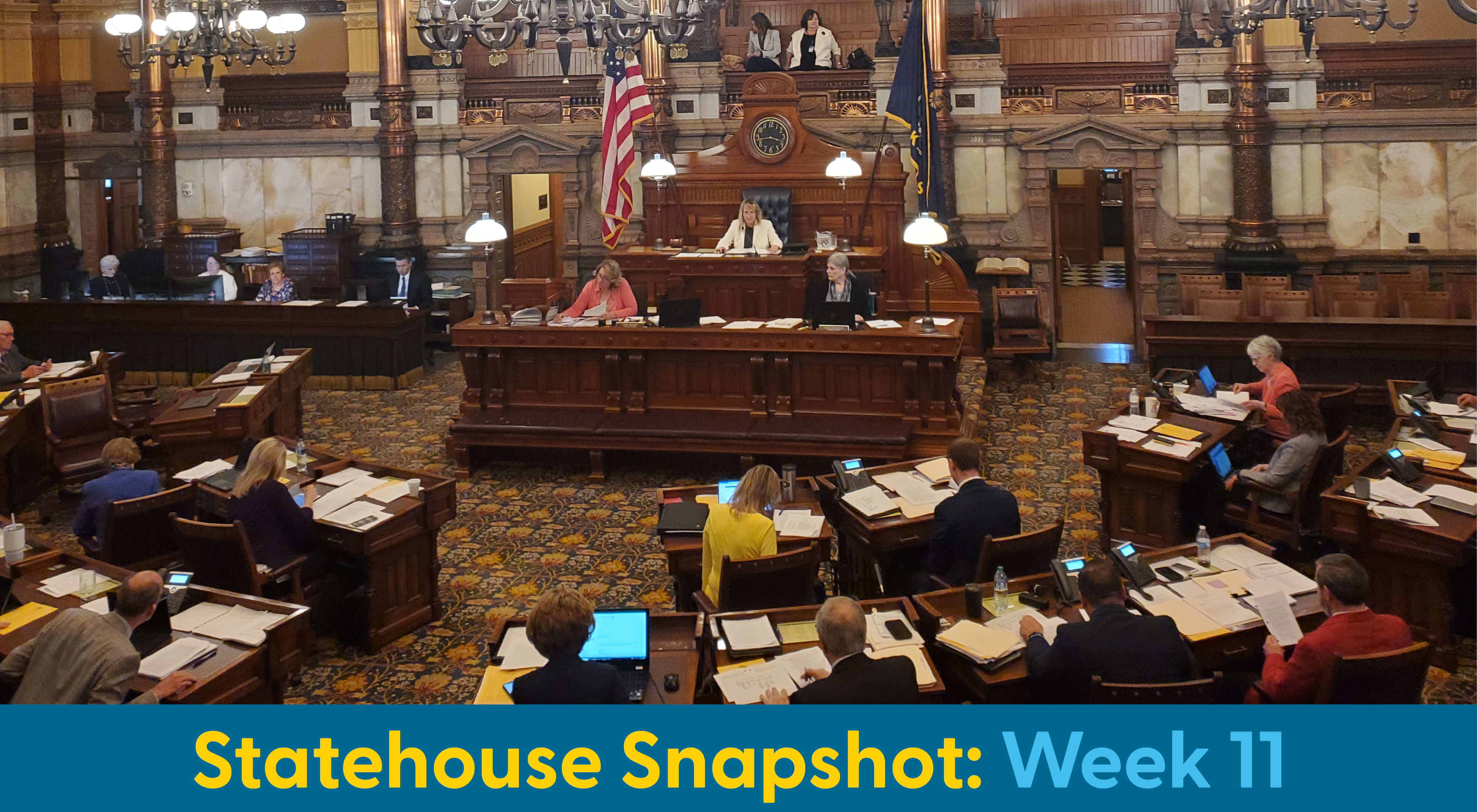 Kansas Action for Children
March 25, 2022
Want to receive this weekly recap as soon as it's released? Sign up for our emails here.

WILL LAWMAKERS LEAVE TOWN WITHOUT ADDRESSING THE NEEDS OF KIDS AND FAMILIES? 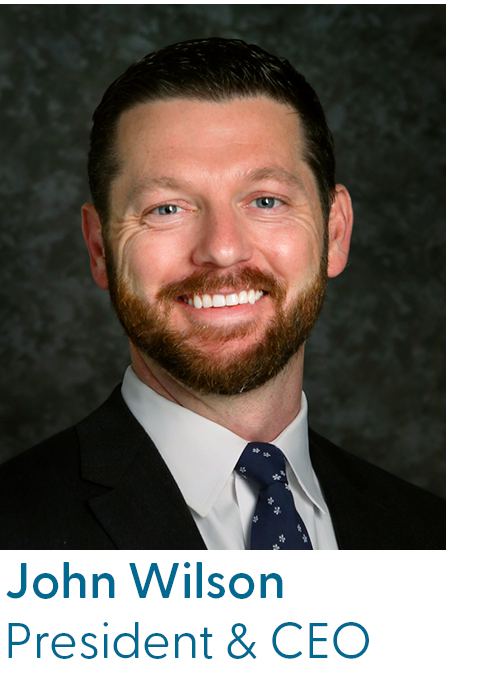 This is the time of year when many of us spend hours watching college basketball. This week, our team watched a different type of “madness” as lawmakers slogged through dozens of bills and resolutions ahead of a key deadline on Wednesday, which extended into the early morning hours of Thursday. For three straight days, the benches in the House and Senate galleries became satellite offices for KAC staff—convenient places to observe floor action, catch lawmakers for timely conversations, and provide real-time updates to partners across the state who trust us to be their eyes and ears in the Statehouse.

This is the time of year when “simple” amendments can derail carefully crafted legislation, “arm twisting” from leadership can turn an expected victory into a loss, and late-night debate leads to ill-informed bickering from exhausted lawmakers. It can be difficult to see lawmakers put so much time and energy into issues that don’t seem to make life and work better or easier for most Kansans—especially children and families. With only 20 legislative days left this session, we’re still waiting on lawmakers to make substantive progress on making child care more affordable, expanding health insurance coverage, and making groceries cheaper for Kansans.

Time and options are running out as the Legislature moves into conference committees next week. This is a fast-paced time when deals are brokered by a handful of lawmakers, bills are bundled together, and the legislative process becomes even more convoluted. We may need you to be ready to act at a moment’s notice, so be on the lookout for action alerts and updates from us.

In the meantime, you can help us continue to be there for every remaining minute of the 2022 legislative session by contributing to KAC today. Your support keeps us fighting for Kansas kids every day.

A huge victory this week! SCR 1620 failed to receive enough votes to add yet another constitutional amendment to the August ballot. This resolution would have been harmful to Kansas in the long term by locking us into our current unfair tax system by requiring two-thirds of both legislative chambers to vote in favor of any tax increases or new taxes, but NOT for tax cuts.

KAC is grateful to the Senators who recognize our government needs to be able to respond to fiscal crises so Kansas does not risk having to drastically cut vital programs as we have had to do in the past. This outcome means our state can continue properly funding our public schools, fixing our roads, and investing in our state’s future.

The Kansas Senate debated and eventually passed Senate Sub. for HB 2448, a bill that would make the Department for Children and Families (DCF) employment and training program mandatory for able-bodied adults without dependents (ABAWDs) who receive food assistance (averaging out to only $1.40 per person per meal!) and who are not working at least 20 hours per week. The bill would also create strain on DCF staff capacity and likely end up making the workforce development program less effective for all who use it.

The debate demonstrated that many lawmakers know little about how the food assistance program actually works and about their constituents who rely on it to supplement their limited food budget. Food assistance is what our state calls the Supplemental Nutrition Assistance Program (SNAP), a national anti-hunger, anti-poverty program. It is governed by both federal and state law and has strict requirements and procedures. To receive benefits, a household must have an income at or below 130 percent of the federal poverty line, which is only $28,548 annually for a family of three. The Kansas application for food assistance is 16 pages long, and participants must recertify their eligibility every six months. And the rules determining eligibility go way beyond just income, taking into account household assets, work status, citizenship status, medical needs, and more.

It is difficult for advocates and application specialists to fully understand the detailed calculations that determine eligibility and benefit amounts. Imagine how difficult it must be for low-income, working Kansans to navigate all the paperwork, interviews, and verifications required just to apply and maintain their eligibility. It is frustrating and disheartening to see legislators with only a surface-level understanding of food assistance pass laws to make it even more difficult. Instead, they appear to actively work against legislation aimed at simplifying the process for the Kansans who must wade through the program while simultaneously doing everything else required to make ends meet.

We are very pleased the Senate unanimously passed SB 155, which would raise the newborn screening capitation limit from $2.5 million to $5.0 million. This program is vital for ensuring newborns are screened for a number of issues so they can receive the timely interventions they may need. Several steps remain for this important increase to become law, but we remain hopeful this legislation will cross the finish line before the end of the legislative session.

The House passed the first version of their budget this week. While the budget does include multiple kids’ health policy provisions worth celebrating, we can’t count this budget as a true victory yet.

A harmful and alarming budget proviso tied to the state’s KanCare program was included at the last minute. This proviso would delay the process to make important, necessary changes to the KanCare program and could hinder day-to-day, time-sensitive program decision-making. This directly puts at risk the health care access of kids relying on KanCare. We hope this harmful provision is removed in the budget conference committee process next week.

(A budget proviso is simply an amendment added to the budget – meaning the addition is only in effect for the budget year and not permanent law like in a bill. The Governor does have the ability to “line item” veto individual provisos in the budget.)

Multiple bills we’ve monitored with troubling childhood vaccine-related language passed out of the Senate this week to move on to the House; fortunately, none reached the vote count needed to override a veto by the Governor (27):

Representatives must reject ALL these bills, as they are harmful, backwards steps for basic public health principles to fight infectious diseases, especially vaccine-preventable childhood diseases.

This week, controversial education policy that committees have been working on for weeks finally made it to consideration by both the Senate and the House.

In the House, lawmakers continued the relatively new practice of considering the K-12 budget (HB 2512) separately from the rest of the state budget. Lawmakers approved the separate K-12 budget, which appears to maintain the constitutionally required adequate and equitable school finance formula, while also adding a requirement to implement an online math tutoring service – the cost of which will be passed on to school districts. Representatives also considered additional funding for special education since the state has failed to meet its legally-required reimbursement rate of 92% of these excess expenses. Initially, lawmakers passed an amendment to add the funding (58-54), but later reversed themselves (50-70) and removed the amendment from the bill.

The House and Senate also approved bills related to open enrollment (HB 2615 and SB 455). The House's education policy bill would require districts to accept students from outside the district boundaries until the school reaches a self-determined capacity. The bill would also extend eligibility for the state-financed private school voucher program to a lower student age.

The Senate passed SB 496 (the “Parents’ Bill of Rights”) and SB 484 (the discriminatory policy aimed at transgender student athletes). Fortunately, the House referred SB 484 to a committee that is not scheduled or expected to meet again this year, which could mean the bill will not be taken up by the House.

WHAT TO EXPECT IN WEEK 12

Lawmakers adjourned for a long weekend before they will come back to the Statehouse to begin the conference committee process. If you’re not familiar, a “conference committee” is the process by which both chambers negotiate and compromise the differences between similar bills. Both chambers then agree or disagree to the bill, and they cannot amend the bill on the floor. Our "How to Read a Bill" guide contains a glossary of legislative terms, which may be helpful to understanding lawmaker actions in the next week especially.

TAX AND BUDGET: There are numerous tax bills floating around that will likely be condensed and debated in the tax conference committees this week, dealing with everything from homestead property tax provisions to income tax changes. KAC will continue to advocate that lawmakers make fiscally responsible decisions.

EDUCATION: The House did not debate HB 2662, their version of the so-called “Parents’ Bill of Rights” this week, but that does not mean it won’t come up in negotiations related to other bills, which could include:

HEALTH: Conference committees will likely focus on vaccine and immunization requirements tied to changes to how the state deals with contagious disease mandates (or lack thereof).

The conference committee process moves quickly and can change a bill from good to bad in minutes. Follow along with lawmakers’ actions on our Twitter @kansasaction for updates throughout the week.