From the inside of a storm, hope for the future 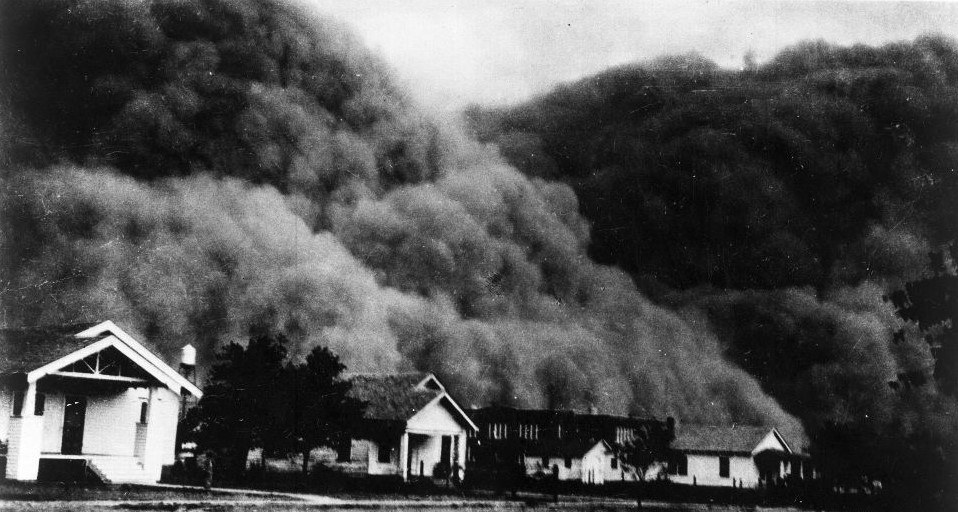 Eighty-five years ago, in the spring of 1935, a horrific dust storm swept through Kansas.

On Black Sunday, April 14, according to the Kansas Historical Society: “loose topsoil was scooped up and mounded into billowing clouds of dust hundreds of feet high. People hurried home, for to be caught outside could mean suffocation and death. The dust and darkness halted all forms of transportation and the fine silt sifting through any crack or joint forced the closure of hospitals, flour mills, schools and businesses.”

Four years of drought had culminated in pain that spread throughout Kansas and the region. Many wondered how they could persist.

But farmers listened to advice from scientists and changed their practices. The weather improved. And slowly but surely, our state emerged from a dark time better than ever.

Kansas is in the midst of another storm now, one not made of dust particles but of microscopic viruses. The COVID-19 pandemic has sickened thousands in the state and temporarily ground our economy to a halt. Like the farmers 85 years ago, we have stayed inside to weather the worst of it.

Like those farmers, we will endure. The state of Kansas will endure. But the needs of our children and families may well increase, which is what makes Kansas Action for Children’s advocacy all the more important.

This past legislative session, we saw important accomplishments and positive signs, but the approaching cloud of the coronavirus meant an early halt to proceedings. We saw advocates sow seeds of positive change, but an out-of-session Legislature was unable to tend to them. And there are still laws on the books that will harm our ability to recover from this latest storm.

We will survive and thrive. The grit and determination shown by our forebears should serve as an example for us today. We will listen to the experts, we will reopen safely, and we will build a state that nurtures the next generation.

An Overview of the Budget

The Senate and House convened for one final day, May 21, to close out the work of the Legislature for 2020. Typically, this last day, called “sine die,” is ceremonial without significant work occurring, but that was not the case this year, due to the shortened session.

In the evening, a motion in the House to suspend its midnight rule passed — allowing the Legislature to keep working through the night and into the morning of May 22. The intended one-day session turned into an overlapping, two-day, 24-hour marathon. An attempt was made to add an amendment for Medicaid expansion to a bill on the Senate floor early in the day, but the motion to discuss that amendment failed, 26-14.

On May 26, Gov. Laura Kelly announced that she planned to veto that giant COVID-19 bill, questioning both its limitations on her emergency powers and its constitutionality.

She also called the Legislature back to Topeka for a special session, beginning June 3.

A similar, but slightly revised, emergency powers and COVID-19 response bill was discussed and passed during the special session that took place June 3 and 4. A few legislators had hoped to address other bills, such as those vetoed on property tax and foster care reporting for education, but legislative leadership did not discuss additional bills in either chamber. An attempt was made on the House side to include Medicaid expansion as an amendment to the bill, but the attempt was rejected by the majority.

It was clear that the challenges of kids and families struggling to meet their basic needs — before the pandemic and after — were not the priority in either sine die or the special session. We are disappointed that no significant discussion was given about the positive role of government to help our fellow Kansans. Instead, these poorly conducted final meetings did little to offer help or hope for these kids and families.