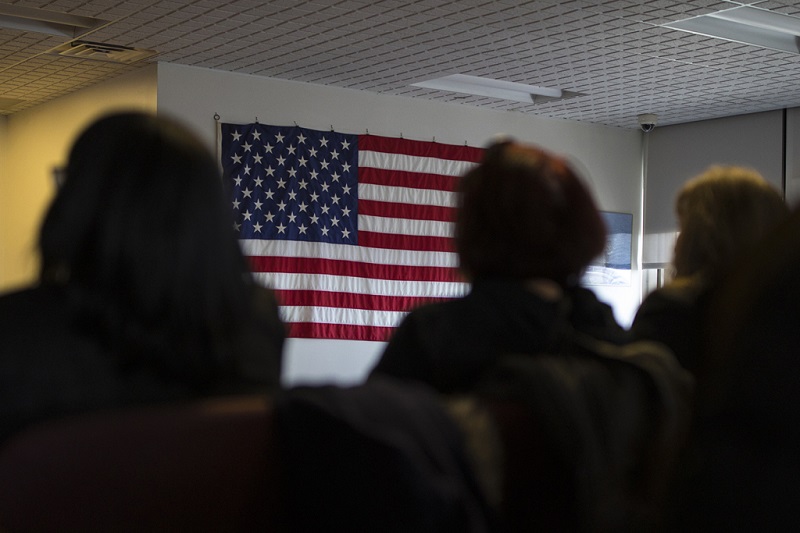 Kansas Action for Children strongly opposes the Department of Homeland Security’s proposed changes regarding “public charge. As an organization that advocates on behalf of Kansas children and their families, we are concerned the proposed rule would cause major harm to Kansas immigrants and their families. We urge that the rule be withdrawn in its entirety, and that longstanding principles clarified in the 1999 field guidance remain in effect.

KAC is a nonprofit, nonpartisan organization committed to improving the lives of Kansas children and families by providing comprehensive data, advocating for sound public policy and collaborating with lawmakers. Our organization cares deeply about ensuring that every Kansas child has access to services that help them thrive, regardless of the citizenship status of the child or their family members.

The proposed rule represents a massive change in current policy – yet it is put forward with no rationale and in contradiction of all available evidence. The proposed rule would alter the public charge test dramatically, abandoning the enduring meaning of a public charge as a person who depends on the government for subsistence, changing it to anyone who simply receives assistance for health care, nutrition, or housing. Under current policy, a public charge is defined as an immigrant who is “likely to become primarily dependent on the government for subsistence.”  The proposed rule radically expands the definition to include any immigrant who simply “receives one or more public benefits.” This shift drastically increases the scope of who can be considered a public charge to include not just people who receive benefits as the main source of support, but also people who use basic-needs programs to supplement their earnings from low-wage work.

Additionally, under longstanding guidance, only cash “welfare” assistance for income maintenance and government funded long-term institutional care can be taken into consideration in the “public charge” test – and only when it represents the majority of a person’s support.  If the rule is finalized, immigration officials could consider a much wider range of government programs in the “public charge” determination. These programs include most Medicaid programs; housing assistance such as Section 8 housing vouchers; Project-based Section 8, or Public Housing; SNAP (Supplemental Nutrition Assistance Program, formerly Food Stamps); and even assistance for seniors who have amassed the work history needed to qualify for Medicare and need help paying for prescription drugs.

The rule also makes other massive changes, such as introducing an unprecedented income test and weighing negatively many factors that have never been relevant. For example, the proposed rule details how being a child or a senior, having a large family, or having a treatable medical condition could be held against immigrants seeking a permanent legal status. The rule also indicates a preference for immigrants who speak English, which would mark a fundamental change from our nation’s historic commitment to welcoming and integrating immigrants. Because this rule targets family-based immigration as well as low- and moderate-wage workers, it will also have a disproportionate impact on people of color.  All of these changes amount to a dramatic shift in American policy towards immigration, counting wealth and income as the primary indicators of a person’s future contribution.

The proposed rule would cause major harm to immigrants and their families, communities, localities, states, schools and health care providers and health facilities.  The proposed regulation would make — and has already made — immigrant families afraid to seek programs that support their basic needs. The proposal could prevent immigrants from using the programs their tax dollars help support, preventing access to essential health care, nutritious food and secure housing. It would increase poverty, hunger, illness, and unstable housing by discouraging enrollment in programs that improve health, food security, nutrition, and economic security, with profound consequences for families’ well-being and long-term success.

In Kansas, 56,000 children under 18 years old live in families with at least one non-citizen family member and have received one of the benefits specified by the proposed rule[1] and are experiencing the “chilling effect.”[2] The widespread “chilling effect” causes families to withdraw from benefits due to fear and is already evident as a result of rumors about the rule.  Community providers have already reported changes in health care use, including decreased participation in Medicaid and other programs due to community fears created by the leaked draft regulations.  Likewise, fear has been driving immigrant families — who are eligible to receive benefits for themselves or their children — to forgo vital health and nutrition assistance, jeopardizing the health of families and communities alike.

The proposed rule would cause major harm to the children of immigrant parents, whether they are immigrants or citizens themselves.  This is explicitly acknowledged in the cost-benefit analysis of the proposal. Children’s well-being is inseparable from their parents’ and families’ well-being, so help received by parents is central to children in the short- and long-term. Children thrive when their parents can access needed health or mental health care, when their families have enough to eat, and a roof over their heads. Conversely, parents’ stress and health challenges impede effective caregiving and can undermine children’s development. In states that have chosen to provide Medicaid coverage to all lawfully present pregnant women, the link between parent and child well-being is even more direct: A mother’s use of health care during her pregnancy could prevent her from later extending or improving her immigration status.

Investing in nutrition, health care, and other essential needs keeps children learning, parents working, families strong, and allows all of us to contribute fully to our communities. The policies articulated in the proposed rule would terrify immigrant families, discourage or prevent hard-working people from immigrating, and deter immigrant families from seeking the help they need to lead healthy and productive lives.  By the Department’s own admission, the rule “has the potential to erode family stability and decrease disposable income of families and children because the action provides a strong disincentive for the receipt or use of public benefits by aliens, as well as their household members, including U.S. children.”  Targeting low-income families will only exacerbate hunger and food insecurity, unmet health care needs, poverty, homelessness, and other serious problems.  If it moves forward, the rule will have ripple-effects on the health, development, and economic outcomes of generations to come.

Children in immigrant families are more likely to face certain hardships and are already less likely to secure help due in part to complex eligibility rules that create barriers for immigrant families. However, like all children, children in immigrant families benefit when they have access to programs and services that promote their development. Parents’ and children’s health are inextricably linked, and children do better when their parents are mentally and physically healthy. Children whose parents are insured are more likely to have insurance themselves. High-quality research[5] shows that when kids use these types of antipoverty programs, they’re more likely to succeed and be healthy in the long run. This proposal puts those children’s futures at risk. Columbia University estimated[6] that as families forego basic assistance programs to avoid negative consequences for their immigration status, 670,000 more U.S. children (including 560,000 who are U.S. citizens) will live in families earning less than the federal poverty threshold per year (about $20,000 for a family of three). In Kansas, 41,000 children enrolled in KanCare have at least one immigrant parent, and many of them would be affected by this rule.

The value of access to public benefits has been documented repeatedly. Multiple studies confirm that early childhood or prenatal access to Medicaid and SNAP improves health and reduces reliance on cash assistance. In Kansas, SNAP participants are more likely than the national average[7] to be in families with children, families with members who are elderly or have disabilities, and in working families. Children of immigrants who participate in the Supplemental Nutrition Assistance Program (SNAP, formerly Food Stamps) are more likely to be in good or excellent health, be food secure, and reside in stable housing. Compared with children in immigrant families without SNAP, families with children who participate in the program have more resources to afford medical care and prescription medications. An additional year of SNAP eligibility for young children with immigrant parents is associated with significant health benefits in later childhood and adolescence. Children in immigrant families with health insurance coverage are more likely to have a usual source of care and receive regular health care visits and are less likely to have unmet care needs. Children with access to Medicaid have fewer absences from school, are more likely to graduate from high school and college, and are more likely to have higher paying jobs as adults. Children whose families receive housing assistance are more likely to have a healthy weight and to rate higher on measures of well-being — especially when housing assistance is accompanied by food assistance.  Essential health, nutrition and housing assistance prepares children to be productive, working adults. Counting it as a negative factor in the public charge assessment is contrary to the purpose of the public charge ground of inadmissibility.

The proposed initiatives would change the lives of countless families across the United States. Children in immigrant families do not live in isolation. They live and grow in communities where their individual success is critical to the strength of the country’s future workforce and collective economic security. When families have access to housing assistance, they have more resources to cover the cost of nutritious foods, health care, and other necessities. Where families live is also tied to where they work. If parents lose access to affordable housing, they may also be at risk of losing their jobs. As compared with children without health insurance, children enrolled in Medicaid in their early years have better health, educational, and employment outcomes not only in childhood but as adults. By making health insurance accessible to children and parents, Medicaid keeps families healthy and protects them from financial hardship. Likewise, a raft of studies show that SNAP improves food security, dietary intake, and health, especially among children, and with lasting effects.

As citizens of the United States, these children are legally eligible for and deserving of programs designed to improve their lives. But the proposed rule would apply not only to immigrant parents, but to these very children — allowing assistance meant to strengthen families to instead be used as evidence against them in immigration decisions. For these reasons, the Department should immediately withdraw its current proposal, and dedicate its efforts to advancing policies that strengthen — rather than undermine — the ability of immigrants to support themselves and their families in the future. If we want our communities to thrive, everyone in those communities must be able to stay together and get the care, services and support they need to remain healthy and productive.

Our partners at Kansas Appleseed have created a form to register opposition to this destructive proposal. Please submit your comment today; the deadline is Dec. 10.