Legislative update: A week of frustration, but possibilities remain 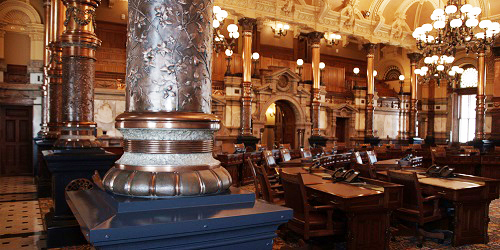 We feel like we say this every week, but what a week. The House and Senate churned through bills, passing out several pieces of problematic legislation. We detail a few of them below.

That being said, we're not through with this session, and you shouldn't be either. KAC still sees opportunities for progress, both in blocking bad proposals and supporting good ones. So keep the faith, stay the course, and we'll see you next week.

This week, the House passed SB 50, a hodge-podge mega-tax bill with an expensive price tag. The Senate concurred with the amendments made by the House and the bill’s next stop is the governor’s desk.

Kansas Action for Children thinks the governor should veto the legislation, especially given new information from the Kansas Department of Revenue this week that suggests the bill’s Paycheck Protection Program provision alone (which we noted last week was previously unknown) would cost the state nearly $360 million.

Curious to learn more about how the tax treatment of PPP loans will reduce Kansas revenue? We created a cartoon explaining it all. Take a look and share with your friends.

It is frustrating to watch the Legislature continue to ignore the research, proven record, and public opinion on this important policy, and in this 2021 session, refuse to allow a full discussion of expansion, other than on the Senate and House floors. We will continue to monitor this important issue for Kansas kids and families.

Unexpectedly, the terrible anti-vaccine bill, SB 212, did not appear on the Senate floor for debate this week. KAC signed onto a letter opposing the bill, along with a broad coalition of business and health organizations. SB 212 could still be brought to the floor at any point through the rest of the session, so continue to watch for a possible action alert from us.

Finally: Remember, if you’re looking for a COVID-19 vaccine, check out www.vaccinefinder.org.

Even with the flurry of legislative activity this week, it was mostly quiet on the early learning front. Instead, regarding education, the Kansas House focused its energy on passing what has been appropriately dubbed a “Frankenstein” education bill – HB 2119.

This bill includes the governor’s education budget recommendations and the 20 mill property tax levy (both must-pass pieces of legislation) along with a new voucher program, an expansion of an existing voucher program, a discontinuation of the weighting for students who live in high-poverty areas, and a penalty for schools that have students enrolled in remote learning. Rather than using the regular education funding process, the House decided to go the highly irresponsible route and bundle school funding with several pieces of controversial policy. Ultimately, the bill passed by a slim margin, 65-58, and we will now see what the Senate does with the bill.

As for the employer child care tax credit bills, HB 2414 and SB 263, both continue to sit on the calendar awaiting consideration. We hope the Legislature will allow a vote on at least one of these bills before members recess and go home for a few weeks after next Friday.