May revenue comes in above expectations for Kansas

The monthly State General Fund Revenue Receipt Update was released June 1. While Kansas tax revenue decreased compared with May of last year, the decrease was less than anticipated.

The estimated total receipts revenue for May was $424 million, and the actual revenue brought in was $441.6 million. Compared with last year (May 2019), the amount of revenue decreased significantly, due to the economic challenges posed by COVID-19 and a delayed tax filing deadline. Last May, total revenue receipts totaled $564.9 million, more than $123 million more than May 2020.

While the state brought in less money compared with last year at this time, Kansas collected $28 million, or 6.6 percent, more in taxes than anticipated based on the updated Consensus Revenue Estimate from April. Total receipts received also came in higher than anticipated, by $17 million or 4 percent.

One tax that saw much more collected than anticipated was the liquor drink sales tax. Taxes from liquor sales were nearly three times the estimated amount, bringing in roughly $196,000, compared with the estimated $50,000. 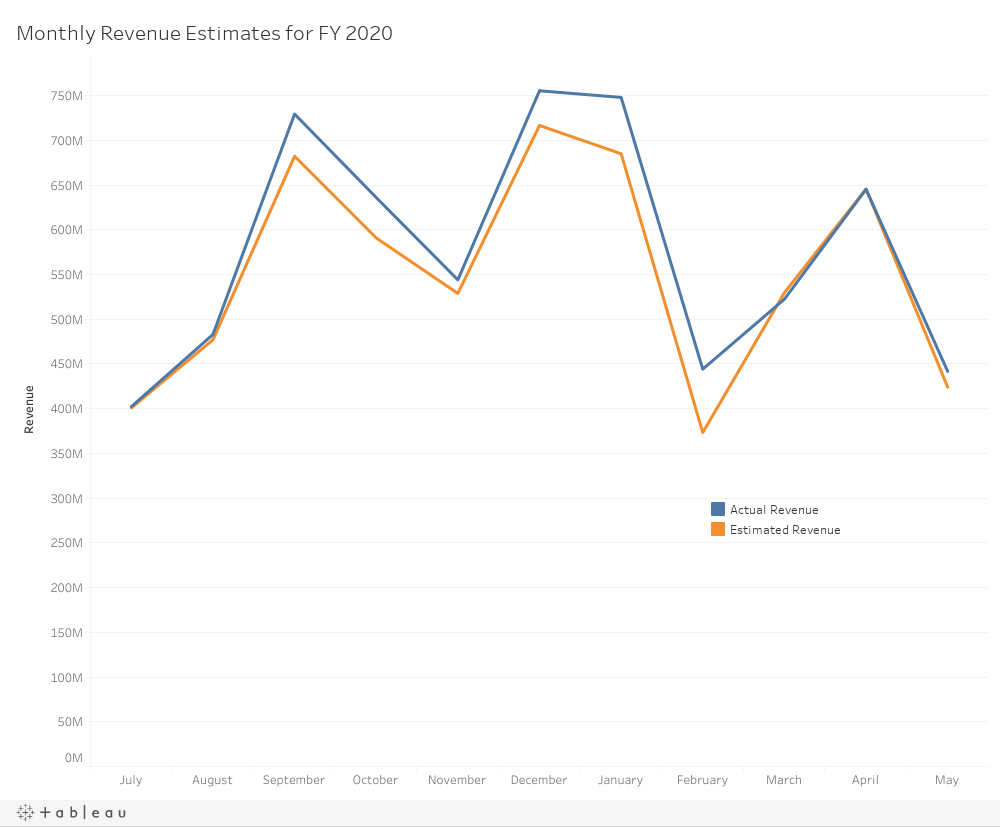