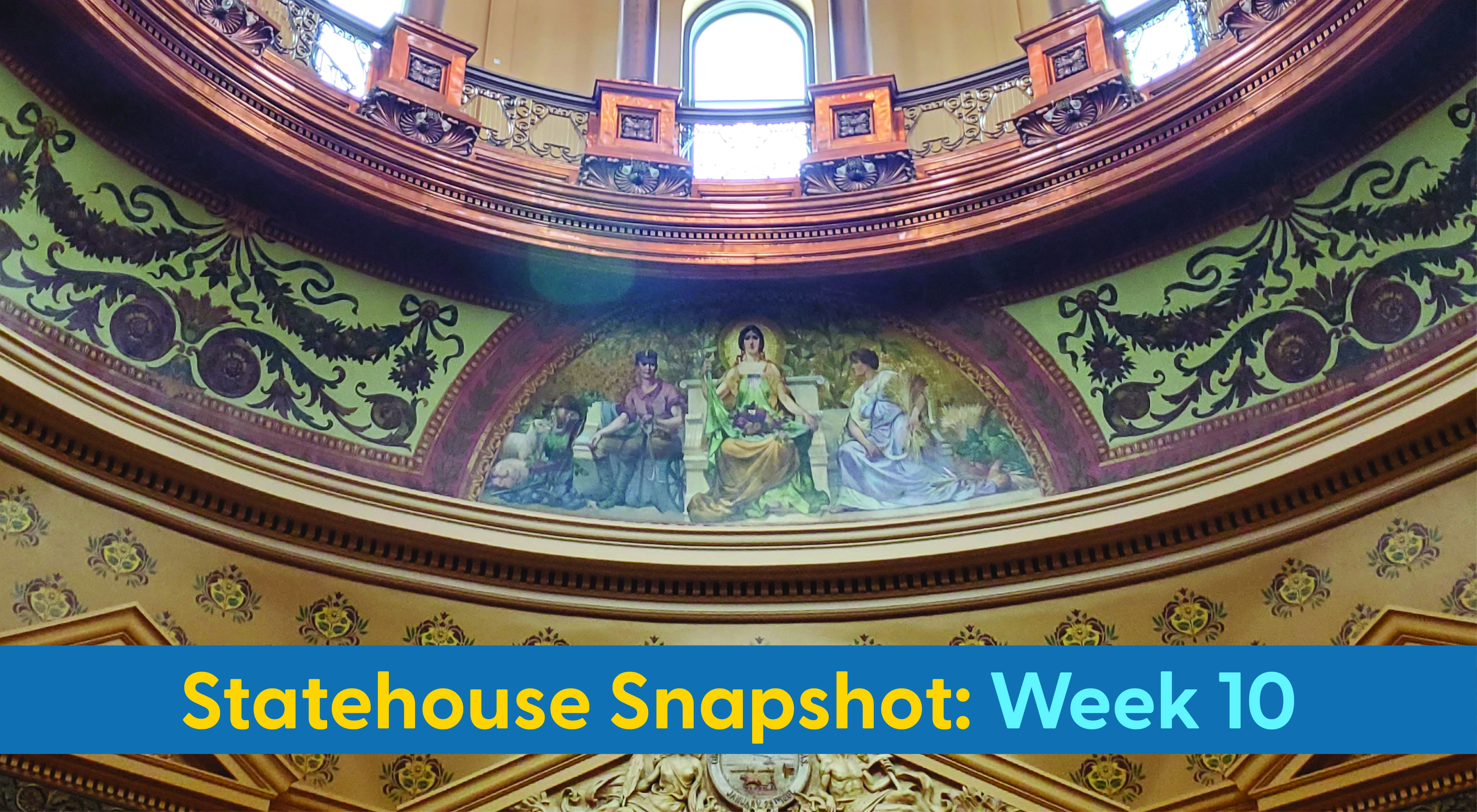 BILL THAT WOULD ENACT BURDENSOME RESTRICTIONS SIGNIFICANTLY CHANGED BY COMMITTEE

Last week, the Senate Committee on Public Health and Welfare held a hearing on SB 501, which would have added barriers and restrictions for Kansans receiving food assistance and Medicaid, as well as expanded government bureaucracy and inefficiency. Thursday, the Committee amended the bill to remove most of its provisions, including the most harmful and burdensome provision that would have required Kansas families receiving food assistance to report significantly more information to the Department for Children and Families (DCF) more often and within an impossible timeframe.

The amended bill was inserted into a House bill to become Senate Sub. for HB 2448 and was voted favorably by the Committee. The bill now makes the DCF food assistance employment and training program mandatory (rather than voluntary) for “able-bodied adults without dependents” (ABAWDs). Many of these Kansans are still integral to children’s lives as non-custodial parents, grandparents, aunts and uncles, and other members of children’s support networks.

Making this program mandatory is unnecessary, as a majority of ABAWDs on the program are already working. Making it mandatory creates a one-size-fits-all approach to obtaining work for Kansans on the path to self-sufficiency. The bill also still requires a significant increase in funding and staffing for DCF; otherwise, the program will become ineffective for everyone who participates.

There is an advocacy opportunity from our partner, Kansas Appleseed, to oppose Senate Sub. for HB 2448 as we approach the Senate’s three days on the floor next week.

The House Taxation Committee voted in favor of HB 2711, the food sales tax bill that would gradually lower the state-level sales tax rate on groceries. The bill could be brought to the House floor as early as next week.

Yesterday had the most tax bill activity of the entire session, as the Senate Assessment and Taxation Committee (which met three times in one day!) and the House Taxation Committee pushed out a total of 16 bills before both chambers convene for all-day floor action on Monday, Tuesday, and Wednesday.

Senate Tax passed out a variety of tax bills, including many that were stripped of their original contents and replaced with language from other bills. KAC is particularly concerned about Senate Tax passing out SB 565, which had its initial language stripped and inserted the contents of SB 328, creating the same income tax rate for every Kansas worker.

We are disappointed the Committee passed out a major tax bill with a multi-million-dollar price tag that never even had a hearing. Income tax rates would increase for low- and middle-income families, while the wealthiest Kansans would see a reduction. We will continue to monitor this bill and urge lawmakers to reject the proposal to give the wealthiest Kansans tax breaks they do not need at the expense of the rest of us.

This week, the Senate Health Committee voted in favor of SB 155, a bill on the newborn screening program, that KAC testified in support of two weeks ago.

The House and Senate budget bills continue to include several health-related policies we’ve been advocating for all session, including postpartum extension, local health department funding, and adult dental KanCare coverage (including for parents/caregivers). We continue to monitor the state budget, and hope these important policies for children and families remain in the final version.

The Senate Health Committee voted in favor of Senate Sub. for HB 2280, containing troublesome changes to childhood immunizations for school and child care attendance by adding a new philosophical objection exemption. We are disappointed the Committee rejected an amendment to remove the childhood immunization provisions from the bill, as philosophical objection exemptions put Kansas children at greater risk of contracting deadly diseases.

This week marked the conclusion of committee work for the education committees in both chambers, and the results look a little different than we expected. Rather than bundle all the policy pieces together with school funding (as the Chairwoman previously indicated) the House K-12 Budget Committee passed out three major education packages. The Senate Education Committee passed out similar policy bills, but kept school funding with the rest of the state budget. Here’s what we expect as both the House and Senate will spend next week considering bills in all-day floor action.Likely on the House’s debate list is HB 2662, a bill weakening school attendance immunization requirements, a book ban, and protections for teachers who refuse to teach the approved curriculum based solely on their personal religious beliefs. This is the most harmful of the three bills the House may consider. Our brief explainer on HB 2662 is available here.

Also eligible for consideration in the House are HB 2512, which contains school funding and expands eligibility for the tax credit scholarship (voucher) program, and HB 2516, which contains policies requiring schools to accept out-of-district and part-time students.

Not to be outdone, the Senate has several bad education bills of their own to consider next week. SB 484, a bill prohibiting transgender students from participating on teams that align with their gender, passed out of committee on Monday. The full Senate could also consider SB 496, the Senate version of the “Parents Bill of Rights” with contents similar to (albeit less expansive than) HB 2662.

With education funding up in the air, and a slew of policy positions to work through, it’s likely that all of the above will get mixed and matched during that process before they come out with a final product.

WHAT TO EXPECT IN WEEK 11

Today was the deadline for non-exempt committees to meet and send out bills for consideration by the full chambers. Next week, the Senate and House convene Monday through Wednesday for all-day floor debate and action. Lawmakers could consider:

Lawmakers could take swift action on these bills and amend these or other bills with unexpected provisions. We’ll keep you updated on Twitter @kansasaction throughout the week.