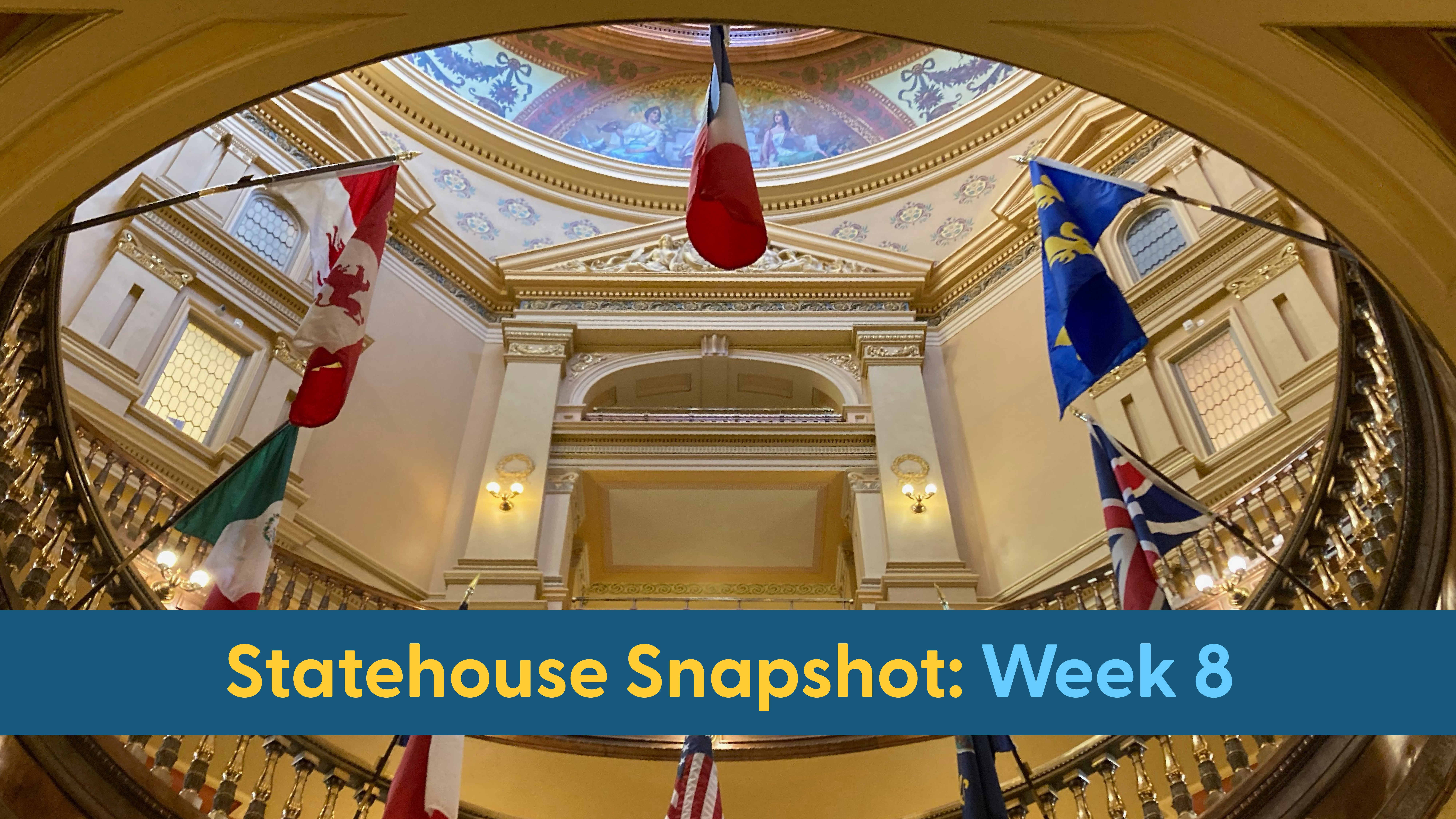 A hearing for SB 501, a bill that would create more burdens for Kansans accessing family support programs, has been scheduled for next Thursday, March 10, at the 8:30 Senate Committee on Public Health and Welfare meeting.

The bill is overly complicated and convoluted. Essentially, it would add change reporting and verification requirements for Medicaid and food assistance recipients, even though those programs already have vetting and quality control measures in place. Additionally, SB 501 would mandate that the Kansas Department for Health and Environment (which administers Medicaid) and the Kansas Department for Children and Families (which administers food assistance) spend their already underfunded and understaffed capacity on even more cross-checking measures to try to “catch” fraudulent users of these programs.

The bill is a result of poorly drafted model legislation pushed by Opportunity Solutions Project, a Florida-based lobbying organization that is completely out of touch with working Kansans and the challenges they face.

KAC is in strong opposition to this bill, as we know that it would directly harm Medicaid and food assistance recipients and create inefficiencies and administrative red tape in our state agencies. We are rallying our partners and allies to defeat this detrimental and costly proposal and ensure that lawmakers listen to the people of Kansas – not out-of-state extremists pushing a false narrative.

This week, KAC testified in the House Taxation Committee during another hearing on state-level food sales tax bills. KAC continues its work to find the right balance of fiscally responsible strategies for Kansas families while also addressing the second-highest food sales tax in the country.

SCR 1620, a resolution seeking a constitutional amendment that would severely limit the state’s ability to raise or levy new taxes, was introduced this week and has a hearing scheduled for next Thursday, March 10. We are extremely concerned about this policy. If this resolution passes in the Legislature (requiring two-thirds of lawmakers to vote in favor) and on the ballot (50% or more voters approving), it will bind the hands of lawmakers to respond to economic downturns and would spell disaster for the state.

Make no mistake, the passage of this resolution will lead to our state, once again, having to make painful budget cuts across vital areas for Kansas families, including health, family support programs, education, and infrastructure. Kansas has been here before, experimenting with reckless tax policy at the expense of Kansas families. But we cannot let it happen again.

It seems like the Legislature could spend some time reflecting this weekend on public health pioneer Dr. Samuel Crumbine’s words, as could we all. They are a fitting reminder, as Kansas lawmakers continue to make short-sighted choices in health policy that impacts kids and families.

The House Rural Caucus and the House Health Committee each received a briefing on a recent poll’s findings that an overwhelming majority of Kansans support child wellness immunizations. Lawmakers in both meetings held robust and spirited discussions about the results; the House Health Committee (hearing recording) had the added opportunity to visit with the pollster in their briefing, who shared that “we do a lot of polling; you don’t see numbers like this very often.”

Meanwhile, the Senate will hold bill hearings in two committees next week (Senate Judiciary, SB 541 on Monday; Senate Health, SB 489 on Tuesday), that include policy changes that could impede the Kansas Department of Health and Environment’s ability to respond to and prevent future measles, polio, meningitis, or other infectious disease outbreaks. If passed, these bills could lead to harmful and deadly diseases being unleashed on children and other vulnerable populations.

Finally, we continue to hope SB 407, regarding the Children’s Health Insurance Program, will receive a vote on the Senate floor next week. The bill is a technical fix to a 14-year error in Kansas law.

IT’S THE QUIET BEFORE THE STORM FOR EDUCATION POLICY

It was a deceptively slow week for child care and education in the Kansas Legislature, with the only notable action being the House K-12 Education Budget Committee holding a hearing on the budget for the Department of Education and Kansas public schools. That is a necessary step forward in the budget process, but it also marks another step forward for the plan that Chairwoman Kristey Williams laid out last week. As a refresher, she announced that she intends to pair the education budget with the slew of reactionary education policy bills the committee passed in week 6. We expect additional action on these policies next week, as the committee prepares to make budget recommendations on Tuesday.

The Senate Education Committee plans to hold hearings on several bills of concern. SB 484, a revival of the anti-trans athlete bill from last year, will have a hearing on Monday, followed by two days of hearings on SB 455, a bill requiring school districts to accept students regardless of whether or not they live in the district.

On a brighter note, the next meeting of the Early Learning Caucus will take place Wednesday, March 9. Lawmakers will hear from experts regarding the transition from child care to kindergarten. A recording of the caucus meeting and presentations will be livestreamed and archived on the Legislature’s YouTube channel, as are all committee and chamber assemblies.

WHAT TO EXPECT IN WEEK 9

KAC will present and submit testimony for several high-profile bills in what is sure to be a busy week.

Lawmakers could take action on a wide variety of issues, including food sales tax, childhood immunization requirements, KanCare changes, and more. We’ll keep you updated on what the Legislature prioritizes in Week 9 on our Twitter @kansasaction.