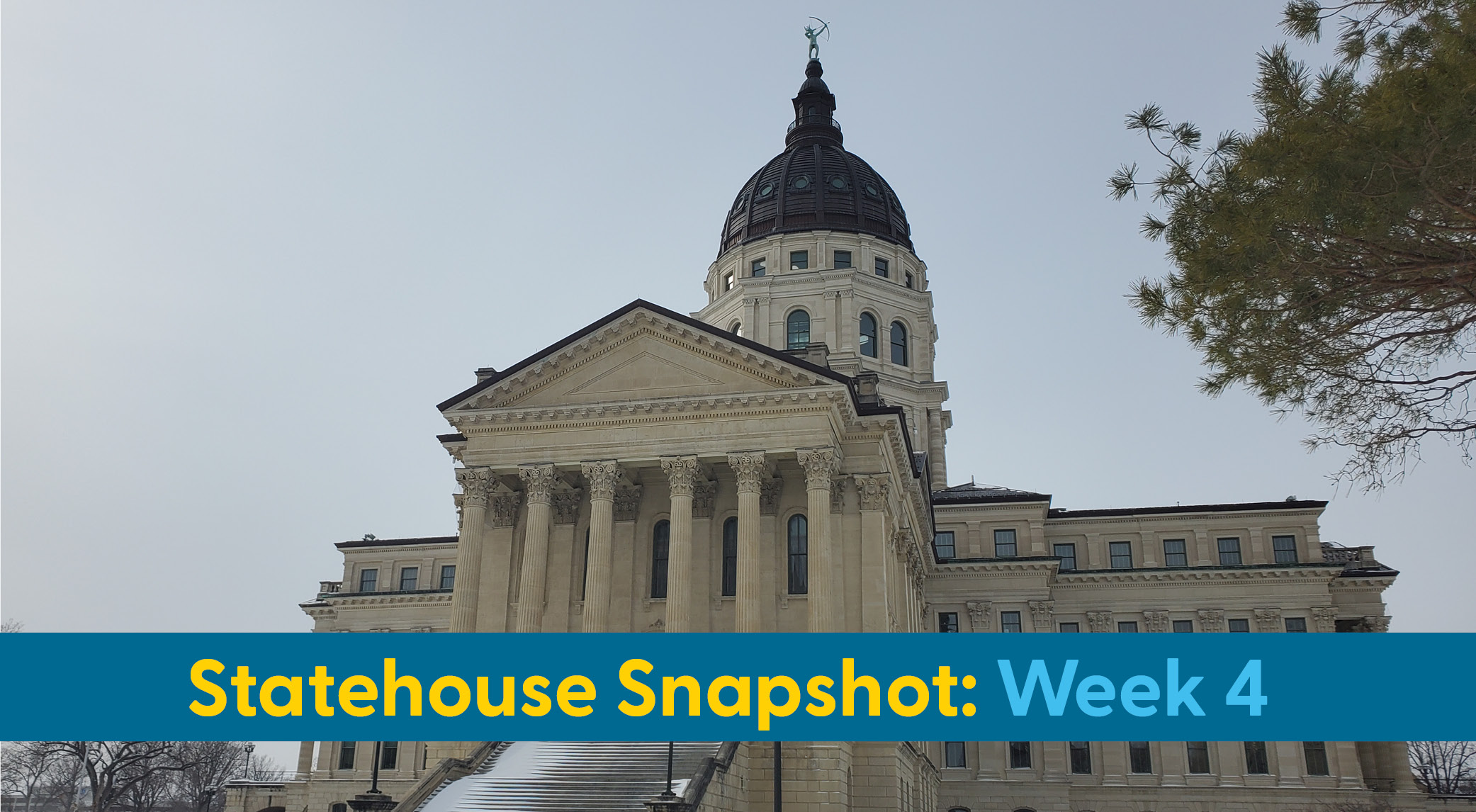 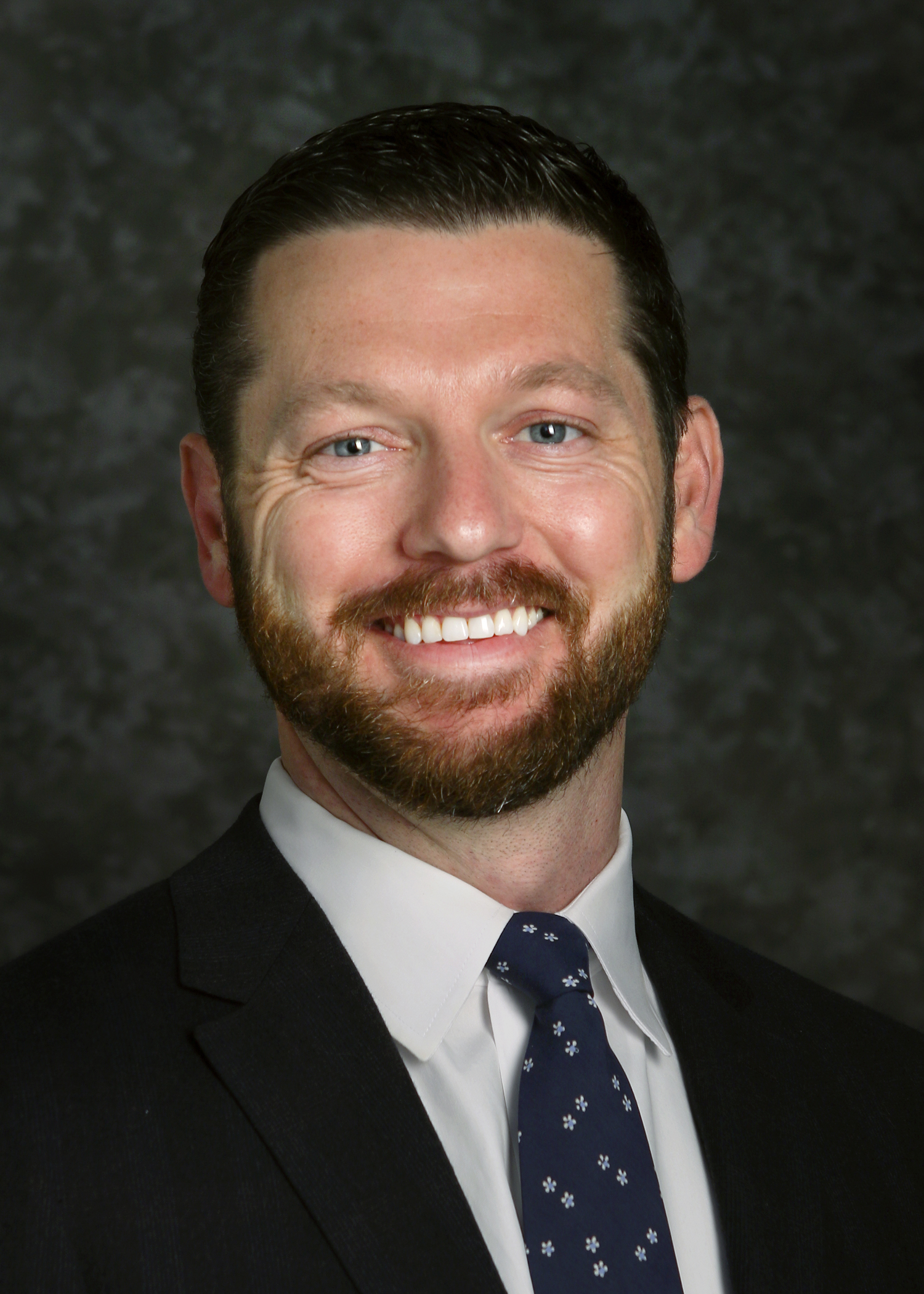 We are one month from when the 2022 session began, and the last few weeks have been particularly busy with committee hearings for bills that would help Kansas kids and families.

SNAP AND CHILD CARE ELIGIBILITY: On Monday, I testified alongside partners in support of HB 2525 in the House Committee on Children and Seniors. The bill would remove the child support cooperation requirement for child care and food assistance, as well as exempt students from the 20-hour-per-week work requirement for child care assistance. Committee members seemed very engaged in the discussion about this bill, and I’m proud to say it passed out of committee unanimously. The bill’s next stop is the House floor, if leadership will allow debate and a vote.

ENDING THE STATE FOOD SALES TAX: Kansas Day has come and gone, and while we are disappointed that legislation ending the state sales tax on food has not yet passed, we are encouraged by the movement thus far. You can read more in an op-ed published on Wednesday about why ending Kansas’ sales tax on food will help Kansas families.

There is still time for you to let lawmakers know you support this idea. Click here to send them a quick email.

With lawmakers racing against the clock to complete their work before the “Turnaround” deadline on February 24, the next few weeks will be full of bill hearings and Senate and House floor debate.

We will make sure to keep you updated on what is, exactly, going on in the Capitol and opportunities for you to share your voice. We are grateful for your support and hope you’ll continue to stay engaged to get good policies passed in the next few months.

NEXT STEPS ON ENDING THE STATE FOOD SALES TAX

On Tuesday, the Senate Assessment and Taxation Committee held hearings on two bills that would eliminate the state-level sales tax on food (SB 339 and SB 342), for which KAC provided neutral testimony on SB 339 and proponent testimony on SB 342. KAC is eager to see both the Senate and House Tax committees vote on their respective food sales tax bills, and we hope they keep them simple, straightforward, and fiscally responsible.

In the House Taxation Committee on Tuesday, another proposal related to the food sales tax was introduced. This bill would phase out the state-level sales tax of food over three years, tying it to maintaining a 7.5 percent ending balance in the rainy day fund. KAC will be monitoring this proposal closely.

State revenues continue to strengthen, with the state collecting $944.5 million just in the last month. This is 18.7% more than January 2021.

On Monday, the Senate Committee on Education unanimously approved SB 340, an expansion of the Kansas Promise Scholarship Act. This bill would expand the scope of classes that students can enroll in to receive these scholarships when attending a community college or technical college. The bill will now go to the full Senate for consideration.

Due to inclement weather, the Early Learning Caucus meeting that was scheduled for Wednesday was postponed. That meeting, which will focus on home visiting programs, will now be held Wednesday, February 9.

First, according to the Alliance for a Healthy Kansas, “a new statewide survey finds that almost 8 in 10 Kansas voters (78%) support expanding KanCare,” yet lawmakers continue to be unwilling to hear KanCare expansion bills or bring them up for a vote.

Last week, we shared that a troubling KanCare-related bill, HB 2463, had a scheduled committee vote on Tuesday; that vote was cancelled and has yet to rescheduled. Read KAC’s testimony against this bill for why we continue to closely monitor this troubling legislation.

This week, KAC testified before the Senate Ways and Means Subcommittee on Human Services in support of several KDHE budget items that directly impact kids and families (read our testimony for the full list). We hope to see these items (particularly extending KanCare postpartum coverage to 12 months) included in final budget proposals.

Finally, we continue to monitor the ever-growing number of bills that would weaken childhood immunization requirements (including SB 398, HB 2498, and SB 212), as well as newly introduced SB 436 and SB 437, which include a number of troubling changes related to immunizations and basic public health practices.

WHAT TO EXPECT IN WEEK 5

Due to the snow causing the Legislature to postpone chamber floor actions and many committee meetings, several bill actions have been pushed to future weeks.

HB 2215 (would expand access to food assistance for Kansans with drug-related felony convictions) was set to be voted on by the committee Wednesday, but was delayed. It is rescheduled for a committee vote on Monday.

SB 328 (would implement a single income tax bracket) was supposed to have a hearing this past Wednesday, but now that has been moved to (potentially) the week of February 14.

On Tuesday, KAC will testify before the House Committee on Social Services Budget in support of several KDHE budget items, including extending postpartum KanCare coverage from 60 days to 12 months and increasing funding for the newborn screening program.

With the delays and cancellations, the legislative schedule may change, so follow us on Twitter @ksaction to remain up to date throughout the week.